Earth-based Lineage Traditions or Cultural Shamanism refers to the highly individualized traditional cultures that are nature-based. These earth-based wisdom traditions each have their own unique world-view, practices, rituals, and language. In some cases, there are similar practices found in these cultures though these societies have not had contact with one another.

Contemporary Shamanism sometimes called Neo-Shamanism refers to the multitude of shamanic ideas and practices that began to emerge in popular western culture with the rising interest in and study of ancient non-western cultures often associated with the New Age movement of the twentieth century. Anthropologist, Michael Harner, coined the phrase “core” shamanism to describe those practices that are found in most, if not all, shamanic cultures. Many contemporary shamanic practices involve core shamanic practice.

Applied Shamanism™ is a term adapted to reflect the practical application of certain core shamanic practices in a modern therapeutic context to assist with healing the self, the earth, and all its beings. This includes, but is not limited to, forms of therapy, mediation, addiction counseling, and spiritual counseling. It specifically seeks to make these core practices relevant for people today. It emphasizes the difference between core practices and the practices unique to specific traditions and lineages. It insists that lineage practices belong to the culture and should not be taught or practiced by non-lineage holders or the uninitiated (those who do not have specific permission from the leaders of that culture to teach the practice, particularly to those outside of the lineage). It sees the recurring practices found in most cultures to be the inheritance of all beings and necessary to maintaining the well-being of the planet and all her inhabitants.

Shamanism is a widely used term these days. It came into popularity in the later part of the last century with the rise of interest in ancient and indigenous cultures. It is used to describe a multitude of ideas, cultures, and traditions, lumping them into one undifferentiated category called “shamanism.” The word “shaman” describes the healer, counselor, and spiritual adviser of a tribal community. It is derived from the Tungusian word, “saman,” meaning “one who knows.” The Tungusic people of Northern Asia are among the few remaining reindeer herding tribes in Siberia. It is worth mentioning that the word is also close to the Chinese word for an ascetic or Buddhist monk, “sa-men,” which is derived from the Sanskrit term “cramana,” via the Pali transcription “samana.”

Indigenous cultures do not refer to themselves as shamanic. Each culture has its own language and names for their spiritual leaders, practices, and so forth. When we refer to a culture as shamanic, we are viewing it through a western or modern lens and not the perspective of the culture. There has been concern among indigenous groups that some people practicing contemporary shamanism are misappropriating the cultural beliefs and practices of traditional cultures. And in some cases this is true, particularly when someone claims rites to a cultural lineage that they did not earn, or are teaching culturally specific practices of an indigenous group that is not their tribe and they have not been given permission to teach.

The Circle for Shamanic Practitioners recognizes that both the longstanding cultural lineages of indigenous cultures and the emerging hybridization of shamanic practices have a place in the modern context. We work in an applied shamanic context to assist people interested in studying shamanism in a respectful and thorough way, and do not attempt to teach specific lineage based practices. We hold all cultural lineages sacred and do our best to assist in preserving cultural heritages and strive to support those engaged in preserving their cultural traditions whenever possible. At this critical stage on the planet, we feel this work and practices are needed more than ever to assist in healing on a global scale. 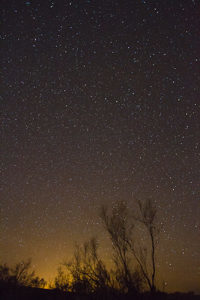